A story from Pat

Neurophilosophy – the idea that the nature of mental processes such as decision-making, problem-solving and so forth were supported by neurobiological mechanisms – was more or less inevitable, given the progress in neuroscience in the 1970’s. This progress revealed many links between higher functions, including consciousness and self-control, and neural activities. Because I happened to be the first to publish using the word, ‘neurophilosophy’, (the title of my 1986 book bore that name), I am regarded as a neurophilosophy pioneer. 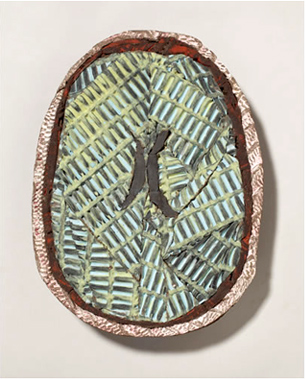 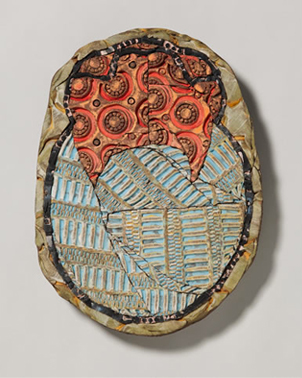 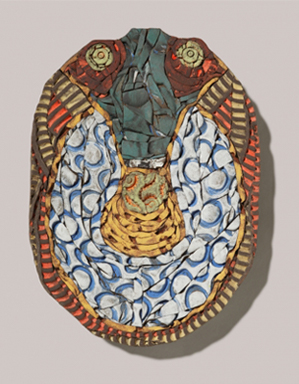 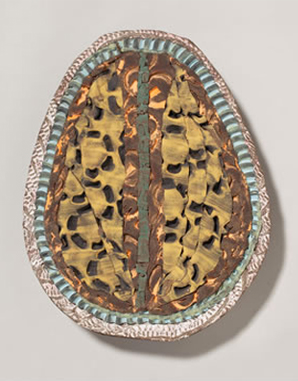 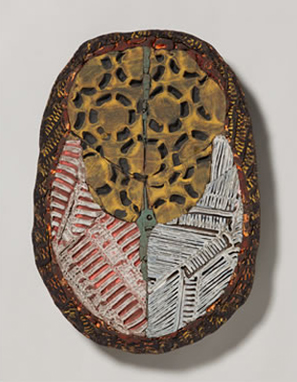 Laura Jacobson’s Brain Scapes is based on axial MRIs of the human brain and draws on images of neurons and brain structures to create cerebral landscapes. A collection of her work is on permanent display at the Stanford Center for Cognitive and Nuerobiologial Imaging.

In about 1978, I came to think that the arguments for the independence of psychology from any developments in neuroscience were too flimsy to be taken seriously. As a graduate student at Oxford I had been steeped in conceptual analysis as philosophers’ preferred method for exploring the nature of the mind. Also known as “armchair philosophy”, conceptual analysis as a way of find out about the nature of things seemed to me marginally worthwhile, and basically a dead end. Increasingly, I saw much of conceptual analysis as unconstrained speculation that ignored facts. Or, as our students sometimes put it, as just pulling it out of your ass.

If, as seems probable, there is no nonphysical soul, but only the physical brain, then surely what is known in neuroscience cannot help but be relevant to understanding the nature of psychological phenomena, including perception, decision-making, memory and learning. Although I have always emphasized that understanding neuroscience was necessary to understand the mind, some philosophers read me as saying neuroscience was both necessary and sufficient. This was a poorly disguised straw man wheeled out to make the neurophilosophical project look extreme and unappealing.

To appreciate more exactly the contribution neuroscience might make, I recognized that I needed to know as much as I could about neuroanatomy (brain structure) as well as about the developments in neurophysiology (brain function). I paid a visit the head of the Neuroanatomy Department at the University of Manitoba Medical College, and explained my need. To my everlasting gratitude, he was anything but dismissive. Dr. Baskerville-Hyde (his real name) warmly welcomed me, and encouraged me to take courses and labs alongside the medical students. The arrangement was informal, since I was not enrolled as a medical student – I was, after all, still being paid to teach philosophy to undergraduates. Soon thereafter I was invited to attend neurology rounds and neurosurgical rounds with the clinicians, a weekly event in which patients with neurological conditions were presented, following which their cases were discussed in detail. In grand rounds, I could see for myself the cognitive deficits produced by brain damage. It was both an awesome and a humbling experience. After finishing all available courses, I then became associated with the spinal cord laboratory of Dr. Larry Jordan which was focused on the neural circuitry that maintained rhythmic walking motions. Here too I was welcomed, and in the Jordan lab, I began to dig much deeper into basic neuroscience. I should add that these scientific adventures were really a family affair, as Paul and I talked endlessly about what I learned at the Med School and the lab, and because we were obviously having great fun, the children often wandered into the conversations as well. This pattern of conversation has continued to the present.

Several factors encouraged us to be bold in our ideas about taking our work in philosophy in a new direction that linked with the biological sciences. One factor is rather simple. We were at the University of Manitoba in Winnipeg, and while it was a good school, especially in the plant sciences, we did not feel under great pressure to publish in what were regarded as the “big” philosophy journals – or indeed to publish at all. This was an invaluable gift. It allowed us time to think and explore, and to question the conventional wisdom. As Francis Crick said to me much later, it is important to be slightly under-employed; that is, it is important that your mind is not cluttered with trivia. At the beginning of our careers, this time and freedom was a godsend.

Second, perhaps owing to our rural experiences as children, we both had a kind of romantic view of the pursuit of truth; namely, that you should not have to kowtow to anyone, that even the Big Guns in the field might well be flat out wrong, and that evidence and data are what matter, as opposed to fancy rhetoric and charisma. To others this probably looked like intellectual arrogance, and in a sense I suppose it was. We just thought that the science of the mind/brain was the most exciting thing in the world. That we had an opportunity to really learn about the brain seemed like a grand piece of luck. On the other hand, our colleagues, especially those in the US, made lots of jokes at our expense, some with good humor, some in a pretty mean-spirited way. Nevertheless, we were so convinced that neuroscience was the future of the study of the mind, we let the jokes just roll off our backs, duck-like.

We moved to San Diego in 1984. This too was a godsend, a tremendous piece of good fortunte. University of California San Diego was then, and is still now, a world leader in the neurosciences, and it had an atmosphere of gleeful inter-discplinary collaboration which worked so well for us. Francis Crick, who had moved to the Salk Institute from Cambridge, had been pushing behind the scenes to move us to San Diego, mainly because he thought it was time for philosophy to take advantage of the sciences to make progress. We sort of filled the bill. While at Cambridge, Francis had tried to talk to Wittgenstein about consciousness, but apparently Wittgenstein was not interested. I had met Francis at a workshop at Johns Hopkins, and he was cheered by my eagerness to go whole hog into neuroscience. Hence he thought having us as neighbors, at UCSD across the street from the Salk, would be useful. He became a close friend, and I learned from him so much about how to think about and through and around a complex problem, such as the neurobiological basis of consciousness or self-control. Once his attention was focused on a particular problem, he was relentless, chewing away at it, reading everything relevant. Francis was fearless in trying out all kinds of theories on anyone available, and he was, if not happy to be wrong, at least not upset by it. This was all terrifically inspiring, of course, but in truth it was also tremendous fun.

Francis was eager to build a neuroscience group at the Salk Insititute, and he had the foresight to realize it was essential to have a computational framework for making sense of what networks of neurons were doing. He convinced the Salk to hire Terry Sejnowski, clearly an innovator and rising star. Terry and Francis and I got along supremely well, and many wonderful things came from intense conversations at tea in Terry’s lab and lunch in the Salk cafeteria. One comment from Francis I particularly recall is his emphasizing “you must not fall in love with your theory. If it turns out to look like a dud, drop it and try a different tack.”